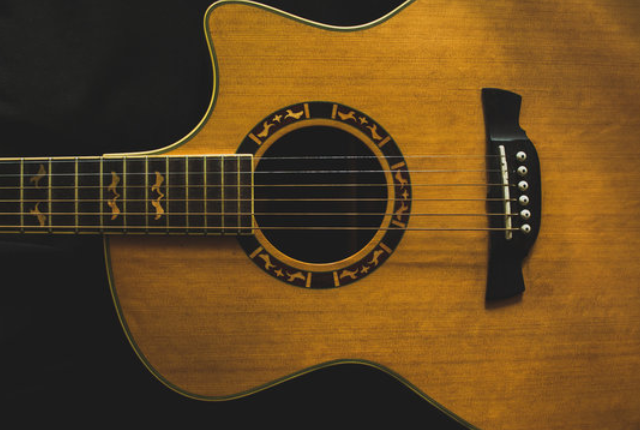 The acoustic guitar is hollow-bodied and uses only acoustic techniques to produce sound which means it does not have electric amplification. Its name is a retronym of the electric guitar to differentiate them from each other. Its strings could be made of steel or nylon while its top plate could be made of cedar or spruce. At the top is a circular hole with a diameter of 3.25 inches to 3.5 inches which strengthens and reinforces the produced sound.

Sound waves are created coming from the back and front panels as the soundboard is vibrating. The sound box serves as a resonant cavity and reflects the sound waves produced. The sound volume increases greatly compared to the primary volume created by the strings. Some sound is then projected out of the hole.

Some guitars have a higher volume compared to others but it does not mean that these guitars produce better sound output. There are many other qualities to consider. Calling a guitar balances means that all of its notes have the same level of power. The guitar should not have too much midrange.

The variation of tone depends on the acoustic guitar’s material and method of construction. Even if two guitars are from the same manufacturer and are the same model, these do not have exactly the same sound. The presence refers to the quality and distinguished sound produced when playing the guitar both softly and loudly.

The sustain is how long a note will sound well after picking the string while separation is hearing the individual notes distinctly.

Flamenco playing is best with nylon string guitars made with Spanish cypress which are thinner than the classical guitar.

The best way to keep the acoustic guitar from accumulating dirt is using a case for storage protection but you could also use a cover. Choose a guitar cover that is easy to take off and put on and has a fabric material.

To avoid sweat marks on your guitar, you could wear a sweat band when playing. Place it below the elbow or wherever area in your arm that rests on the guitar’s side. Use a brush to buff and remove light scratches on the pickguard. If the scratch is deeper, use water sand and sand paper and micro mesh sand papers and buff the pickguard after.

Use a tiny piece of thin cardboard folded in half to clean stings and frets every week. Hook the folded cardboard under a string and slide it up and down to remove the dirt and oil that has built up.