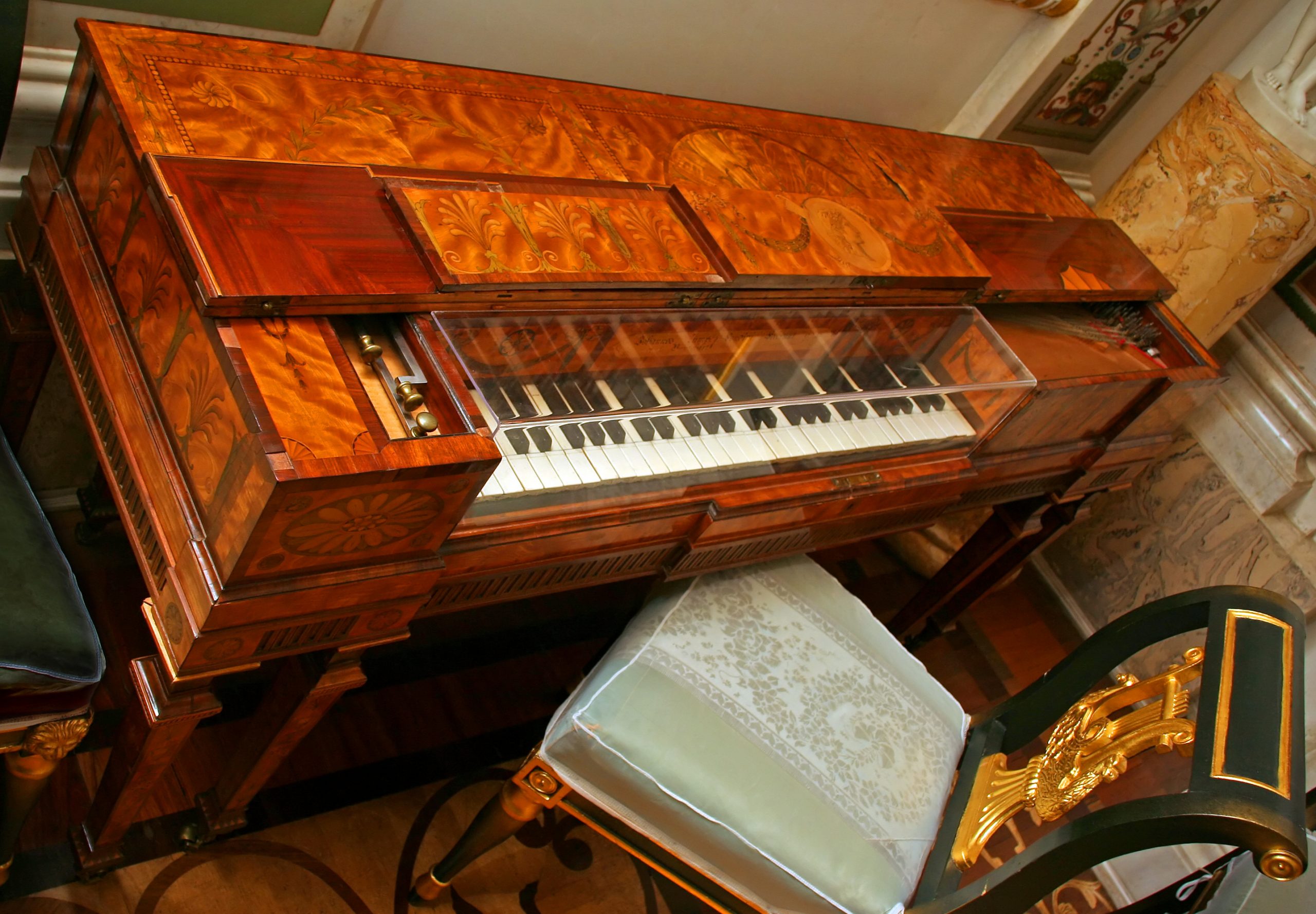 The clavichord is the most subtle and simplest among stringed keyboard instruments. It was popular in the Medieval, Baroque, Classical, and Renaissance eras. The clavichord flourished from the 1400’s to the 1800’s. It is rectangular with generally decorated and painted lid and casing. Its strings are stretched laterally from the tuning pins up to the hitch pins where there are dampers in the form of felt strips across the strings.

In the past, it was simply used for practices and not for larger presentations because it did not produce sound that was loud enough. It produces sound by using tangents, small metal blades, to strike the strings. The name of clavichord derives from the Latin clavis which mean key and chorda which means string of a musical instrument.

In the early fourteenth century, the clavichord was believed to be invented. It was well-known in the 16th to the 18th century and was most popular in Scandinavia, the Iberian Peninsula, and other lands which use the German language. By 1850, it has fallen out of its popularity and out of use. Fortunately, the clavichord was revived by Arnold Dolmetsch in the 1890’s. Before 1730, clavichords were created small with four octaves and a length of approximately four feet but nowadays, these are made with a length of up to seven feet.

Nowadays, clavichords are manufactured all over the world and have many buyers in the market. A few modern manufacturers are the British Peter Bavington, Swiss Thomas Steiner, American Charles Wolff, and Belgian Joris Potvlieghe.

A key is pushed down to play a clavichord’s note. Pressing one end causes the other end which is inside to come up. This end has a tangent, a metallic thin blade, which strikes the respective string. Until the player releases the key, the tangent remains touching the string and produces sound.

One advantage of the clavichord over the piano is that it can perform a sound like the vibrato on string instruments. The player can move the key up and down which causes the tangent to also push up and down on the string. This makes the string tighter or looser.

This instrument is very mellow and quiet. It was previously not used to accompany other instruments because it was barely audible. The clavichord is most beautiful when playing slow and expressive music.

A fretted clavichord has pair of strings which could play more than one note. The tangent of at least two notes hit the strings at varied lengths from the bridge and also produces varied tones.

Fretting generally gives limitations on the playing range because it is impossible to produce the sound of the fretted notes at one time. There are times that the player has to cut a note by releasing a key just before it completes its full sound. There are also instances wherein the player has to omit a note but this is quite rare.

Thus, skill and technique is needed when consecutively playing fretted notes because there is a big chance of producing unwanted sound when overlaps happen. A solution to this would be to perform a legato.

In its clavinet form, it entered the genre of rock music. The clavinet is a clavichord that is electrically powered which gives an amplification signal by using magnetic pick-up.

When it was initially presented, it altered music history. It permitte…