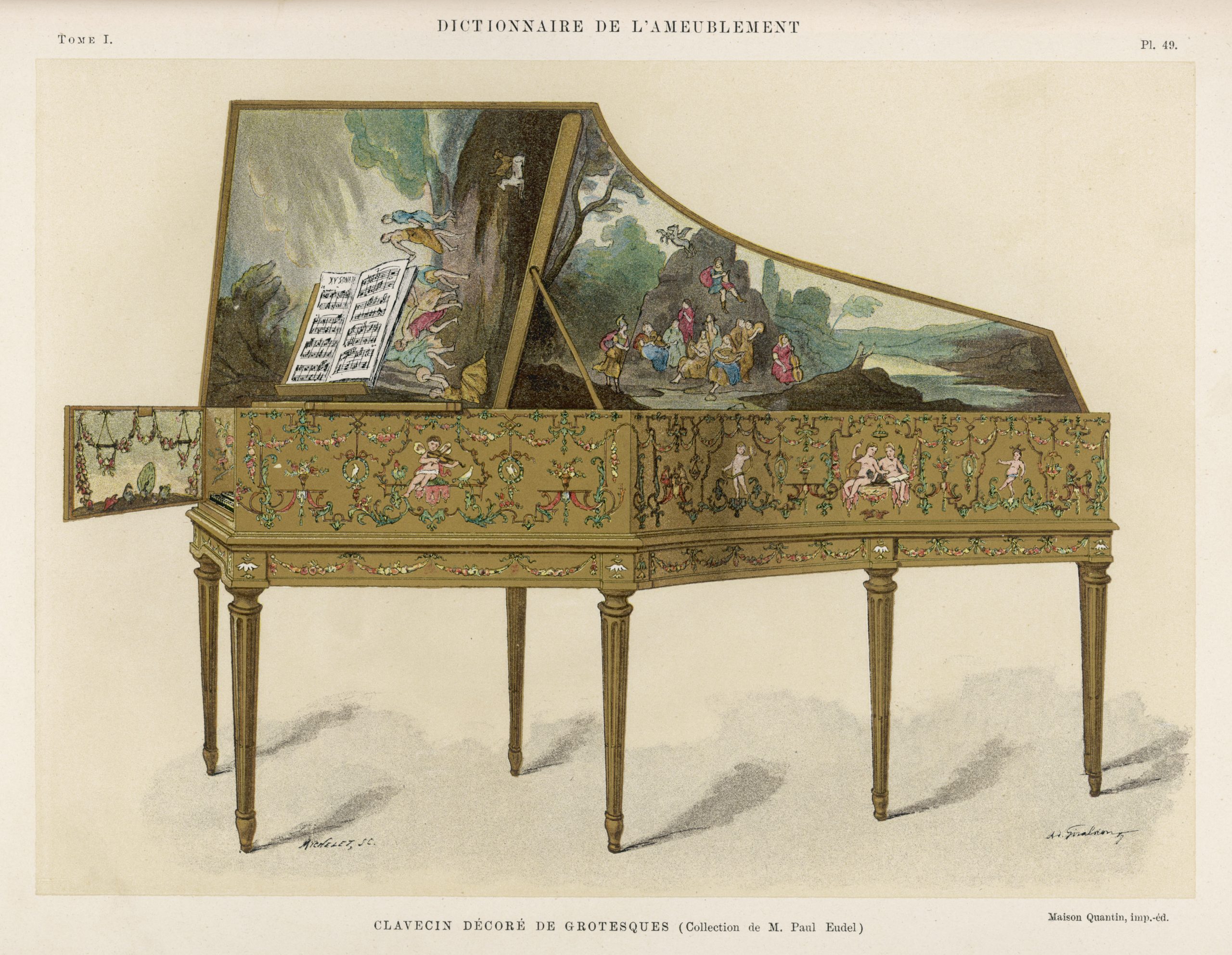 The harpsichord is a stringed keyboard instrument. Sound is produced through plucking strings whenever the respective keys are pressed. Pressing a key raises the designated plectrum on another end. The string is plucked by this and this turns so it does not make contact with the string downwards.

The harpsichord was invented in the Middle Ages. In Italy, harpsichord makers made lightweight versions with little string tension but the harpsichords were made with a heavier construction by the Ruckers family in the late 1500’s. This creates a more unique and powerful tone. Flemish instruments were the basis of the harpsichord in the 18th century. The instrument was constructed with double keyboards to control varied string choirs which makes it more musically flexible.

The Shudi and Kirkman firms in England manufactured harpsichords that had great sonority and power while German builders added two foot and sixteen foot choir which expanded its repertoire. The harpsichord by German builders was the foundation for the design by modern builders.

The harpsichord was overshadowed by the piano in the 18th to 19th century. It was revived in the 20th century using metal frames and heavy strings likened to piano mechanisms. The building methods from the Baroque period became the dominant construction for modern harpsichords.

There are various members of the large harpsichord family – archicembalo, virginals, ottavino, clavicytherium, spinet, folding harpsichord, and the regular harpsichord.

The archicembalo had a unique keyboard design and was for the tuning systems of the 16th century. The virginals is a simpler and smaller harpsichord with only a string for every note while the ottavino are similar to virginals but are at four foot pitch. It is sometimes referred to as double virginals.

The clavicytherium has its strings and soundboard placed perpendicularly in front of the player just like the upright piano. On the other hand, the spinet has its strings set at a 30 degree angle from the keyboard. The folding harpsichord is the version of the harpsichord that is suitable for travel.

The term harpsichord could mean any member of the harpsichord family but it particularly denotes an instrument that has the same shape as a grand piano with a triangular case. At the right, it has short treble strings while at the left are long bass strings. It is longer than the modern piano and has a sharper curve.

The harpsichord has 6 main parts – harpsichord interior, lid stick, music desk, casing, keyboard, and lid. The harpsichord’s interior contains the strings that are amplified to produce sound. The lid is the panel that protects the interior from dust while the lid stick is the wooden stick that holds the lid open when the instrument is being played.

The music desk provides support for the score. The casing is the overall wooden body that covers the instrument and the keyboard consists of the keys which plucks the strings when pressed.

Differentiating the harpsichord from the piano